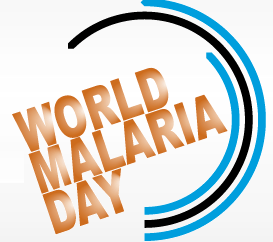 While on Mashable today, I found this article about World Malaria Day, which I just found out is today, April 25th. According to the article, the “ international malaria community has less than a year to meet the targets of ‘delivering effective and affordable protection and treatment to all people at risk of malaria,’ as set forth by the United Nations.” As ways to reach more people and raise awareness, the article points out five different things you and I can do to help out.

1. Text to Donate $10 and Retweet an Official Message- If you’re really short of time then you can text NETS to 864233 which will see $10 charged to your phone bill.

2. Retweet to Donate $10-Thanks to the RT2Give twitpay service you can retweet one simple message to donate $10 to Malaria No More, which is roughly the amount required to buy one mosquito net.

4. Follow the Social Media Envoy-The Social Media Envoy group, organized by the United Nations, is a collective of people who have agreed to spread the word about malaria prevention through the medium of social media. The group includes the likes of Bill Gates, Biz Stone and Kevin Rose.

5. Raise a hand to End Malaria with DailyBooth-DailyBooth is asking people to pass on the simple message to “End Malaria” with the simple gesture of writing the phrase on your hand, snapping a pic and sharing it with the hashtag “#endmalaria” which will mean the mosquito icon will appear on your photo, and in your friend’s dashboard.

I really like the use of social media in this endeavor, and the way they are using twitter to help such an important cause. The last way they mentioned to help, also seems pretty interesting in the sense that a lot of young people would probably be interested in doing this, which would further spread awareness and get the word out.

Posted by Julie at 4:33 PM 6 comments: Links to this post

“The eruption of the Eyjafjallajokull volcano in south-east Iceland, which sent a plume of ash across some of the world's busiest flight paths, has brought the worst disruption to international air travel since September 11.”- guardian.co.uk
Recent events have propelled airlines into a crisis situation. After Southern Iceland's Eyjafjallajokull volcano erupted, airlines discontinued any flights. But it is important to note how these airlines are dealing with this crisis situation. In class today, I specifically researched British Airways and all that they were doing to deal with this. From their twitter posts, I think they did an excellent job of talking directly to people asking questions. Even though they did have posts concerning general information, they had a lot of direct tweets as well, which shows that they are concerned with each of their customers. Although I couldn’t find their official facebook page, the British Airways website has links to some FAQ’s and a statement from BA. I liked that this information was on their main page, making it easy for customers to locate any necessary information. The only improvement my class could think of was using the appropriate hashtags on twitter, in order to get the information out there as quickly and efficiently. Besides that, I think British Airways has done a great job dealing with this unfortunate crisis.
Posted by Julie at 6:17 PM 3 comments: Links to this post

Twitter predicts the future? Box office future, that is

The idea of Twitter being able to predict box office hits doesn’t seem too strange to me. After learning about monitoring activity online, it only seems appropriate that twitter would be a go-to source for information on things such as entertainment, politics, etc.

“Aside from foretelling perf 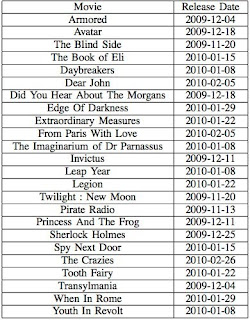 ormance, Apple, or any brand really, can monitor the same activity to unearth opportunities for new features, prioritize fixes, and also assess experiences to ideate future products, applications, and iterations. Brands now also have the ability, if properly aligned with the prowess and empowerment, to detect potential problems before they swell and become official social tsunamis. In the case of the iPad, for instance, conflicts, crashes, hardware issues, etc., are identifiable in real-time and if the infrastructure of the company is designed for rapid response, it can then initiate the development and distribution of fixes, communication, and solutions.”

Among all of the technological advancements and benefits bought to us by social media, this one is definitely beneficial to companies. Thanks to social media monitoring, companies now have another way to measure their success (or lack of).

Posted by Julie at 8:28 PM No comments: Links to this post 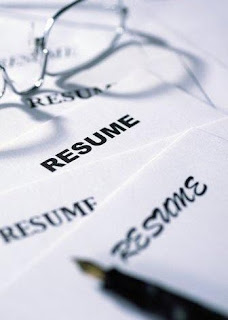 “With a social media resume, you’re able to paint a completely different portrait of yourself for hiring managers and customize it to reflect your personal brand. With the inclusion of various multimedia elements, sharing options, integrated social networking feeds and the same elements you’d find in a traditional resume, you are better equipped for success.” – Dan Schawbel

For my Personal Learning Project, I decided to create my own social media resume using weebly.com. With today’s growing dependency on social media, I thought it would be beneficial for me to create a digital portfolio not only for this assignment but for me to use and to build on in the next coming years. My personal learning network consisted of social media experts, mashable guides, and examples of social media resumes from twitter, blogger, and delicious. I know that a number of other people from my Social Media class were also working on their own social media resumes, and I’m looking forward to viewing their completed sites and all the sources they used to guide them. Although the assignment is complete, I still plan on expanding my personal learning networks and my digital portfolio.

Here’s a link to my digital porfolio- take a look!

-For those of you interested in creating your own social media resume, here are my Delicious Bookmarks which are filled with some really useful information. enjoy!

-Through Delicious, I also found out about Visual CV- a great site to host a multimedia resume and give it a sleek, professional look. It can also be shared online or as a PDF file. Here's mine. it's still not done yet!

To Wikipedia, or not to?

While working on a presentation for my Public Relations class this week, one of my groupmates came across this video clip for the television show 30 Rock. I thought this clip offered some comedic insight into how useful forums and sites such as Wikipedia really are. As we are all well aware, Wikipedia allows for anyone to post and edit the information on their sites. Just last week, I posted about the Wikipedia article we referred to in class, and I thought this would be an interesting follow up.

After researching for this presentation, it is really evident that there is definitely a controversy on the credibility of sites such as Wikipedia. But still, practically everything you run a google search for shows you Wikipedia as one of the first entries. So in my opinion, we should definitely be weary, but not discredit these types of sites completely. The information we choose to use is up to us, and we cannot completely blame the incorrect information or “facts” we use from any website.

Today in Social Media Class we went over a new Wikipedia article that addressed some of the issues that companies are facing with the site. The article found that:

• Negativity is increasing greatly over time.

• Length of entries has increased greatly as well

• Some of the negative content is “outsourced” from the

• The focus of articles has shifted.

Obviously, none of this can be good for companies. But besides the obvious repercussion of Wikipedia, I thought it was really interesting how the article referred to Wikipedia as “social media” But the similarities are there. Just like with social media sites, anyone can contribute to wikipedias. And when they do, Wikipedia make note of it and you are about to see who has contributed to whatever it is that you are looking up. It is this idea of user generated content that is evident in Wikipedia just as it is on twitter, youtube, blogger, or facebook.

“Today, Wikipedia has greatly improved its editing process and, thereby, its credibility. Most importantly: It is moving up on all popular search engines. If you google “Wal-Mart,” “Exxon Mobil,” or “Ford,” the Wikipedia entries on these companies will rank somewhere between 4th and 6th, right behind the official corporate websites. This means the “greedy international conglomerate,” the “disinformation tactics,” and the “slave labor in Cologne” are only a click away.”

Posted by Julie at 10:50 PM No comments: Links to this post

It’s an endless argument we as communication students are probably used to listening to. Does social media increase productivity, or distractions? This article, touches on the subject and provides evidence to support both statements. It pointed out all the other forms of technological advancements we’ve encountered over the past couples years and states that “the reality is that distraction is nothing new in the workplace.” Although I agree, I think that this new wave of social media might be a little different. But whether you think of it as a distraction or an increase to productivity, you cannot deny that it has seeped into most aspects of our lives.

This interesting study showed how people really view the impact social media has in their lives. Although there was a few more people who thought social media was helped their productivity, the number of those who thought otherwise wasn’t far behind. so, i'd like to ask you all the same question. 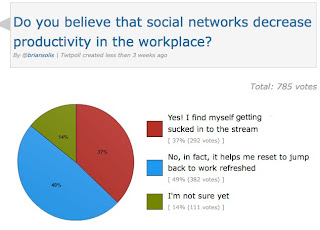 At the end of the article was this quote, which I found to be quite inspiring for all those suffering from social media addiction!


"Of course, as individuals, we are in control of our experiences and progress. Our production is defined, among many things, by our ambition, motivation and overall satisfaction. The decisions we make when engaging in social networks are striking, not simply because they affect our efficiency, but because they test our determination. The live web is developing and while it is enticing, it is not beyond our means to manage. "
Posted by Julie at 10:04 PM 1 comment: Links to this post

Julie
I love the quirks and the details and flecks of color in your eyes.